Event response pages are a service to help coordinate community science after an earthquake or other notable geophysical event by collecting relevant data. Findings and figures are preliminary and subject to revision.

At 6:15:47 (UTC) on July 28, a magnitude 8.2 earthquake occurred southeast of Perryville and Chignik, off the coast of the Alaska Peninsula. The event occurred within the footprint of the Network of the Americas (NOTA), a network of continuous GPS/GNSS stations and borehole instruments operated by UNAVCO that monitors plate motion and transient deformation, in addition to other applications. For more information about the earthquake, see the USGS Earthquake Hazards Program event page and the Alaska Earthquake Center news post.

UNAVCO is coordinating a response with community Principal Investigators to recover high-rate data from permanent stations and recent campaign instruments as quickly as possible. You can read more on the project’s blog. This page will be continually updated as that work proceeds, so please check back or follow us on Twitter or Facebook for updates.

This earthquake occurred at the boundary where the Pacific plate meets and dives beneath the North American plate. As the plates overcame the friction locking them together and slipped, the North American plate moved upwards and towards the southeast. Such events can produce extremely dangerous tsunamis as the seafloor displaces the water above, and the Tsunami Warning Center immediately issued a tsunami warning. However, the resulting tsunami was small—less than a foot at locations in Alaska—and the warning was canceled after several hours.

The location of the July 29 earthquake was similar to the July 22, 2020 magnitude 7.8 Simeonof earthquake. During an earthquake, a patch of the fault plane slips, relieving accumulated strain. But this can load the boundaries of the patch with extra stress—which is often where aftershocks occur.

Did you feel it?

Did you feel it? 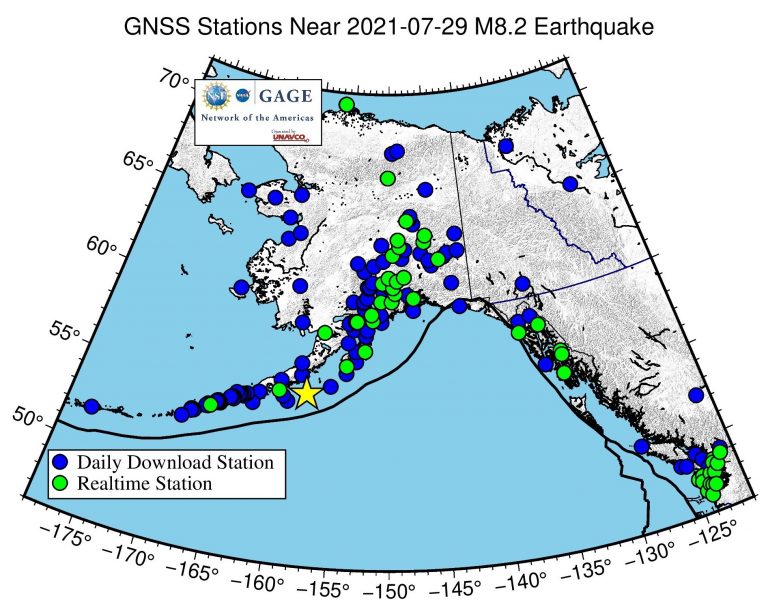 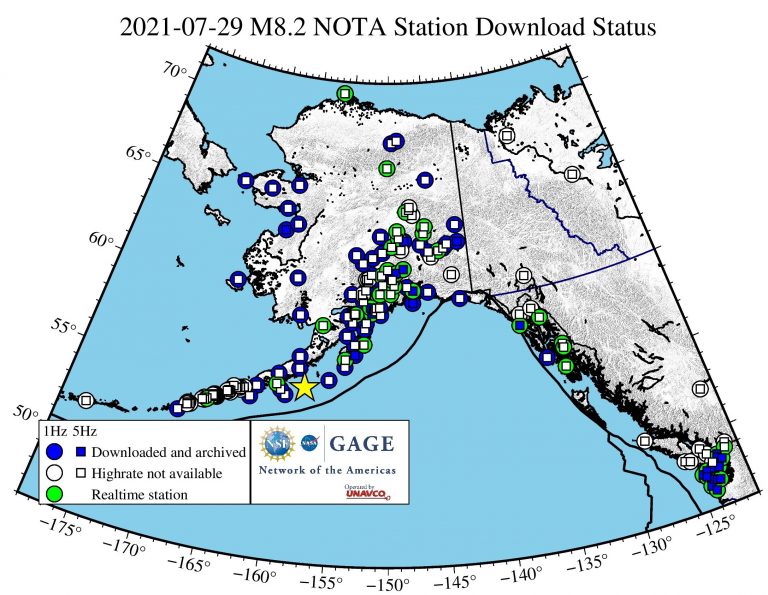 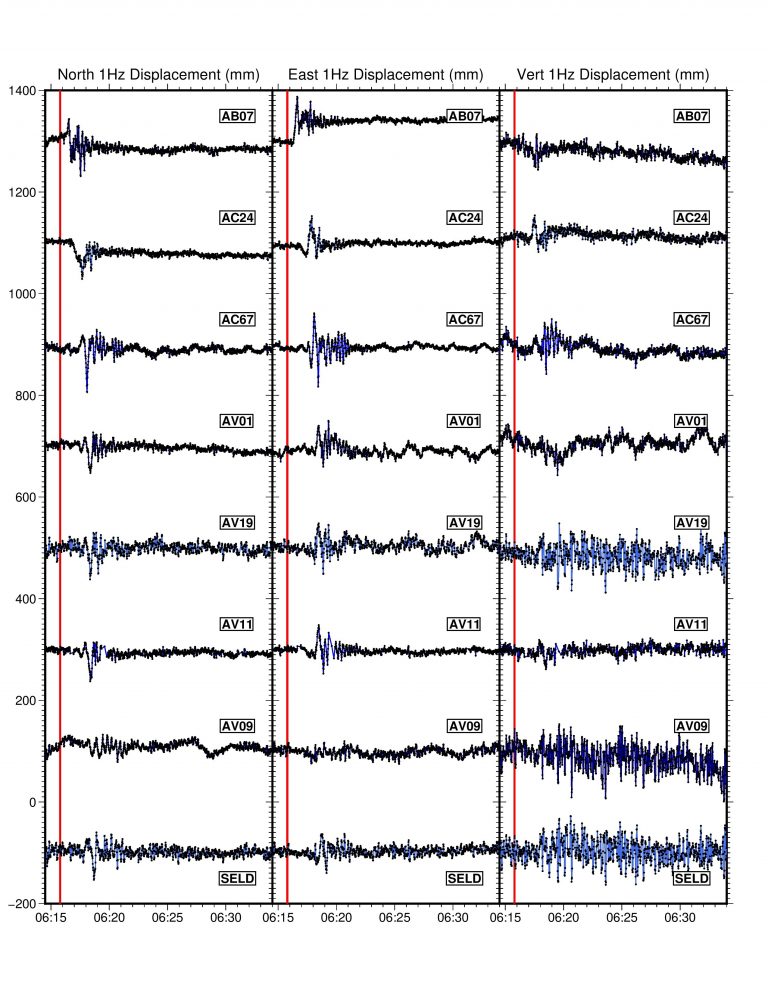 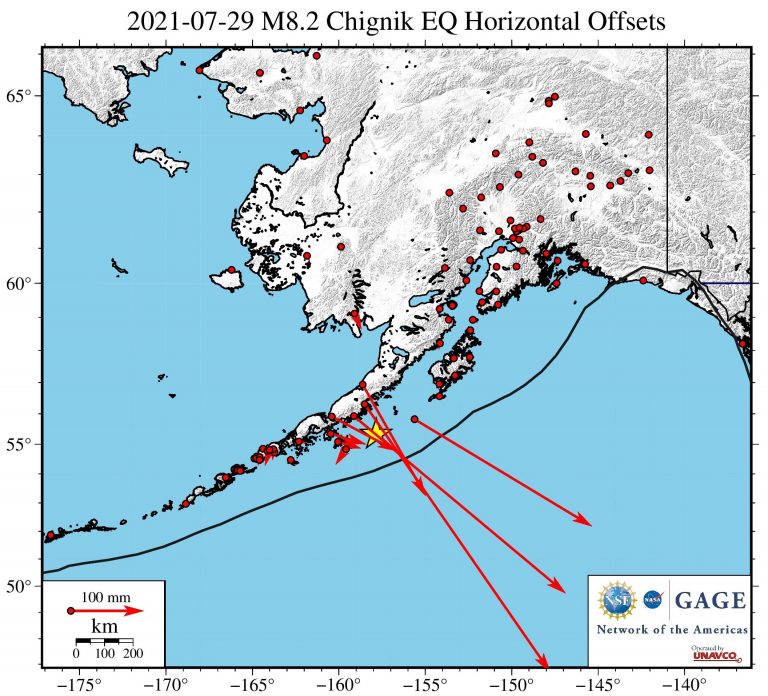 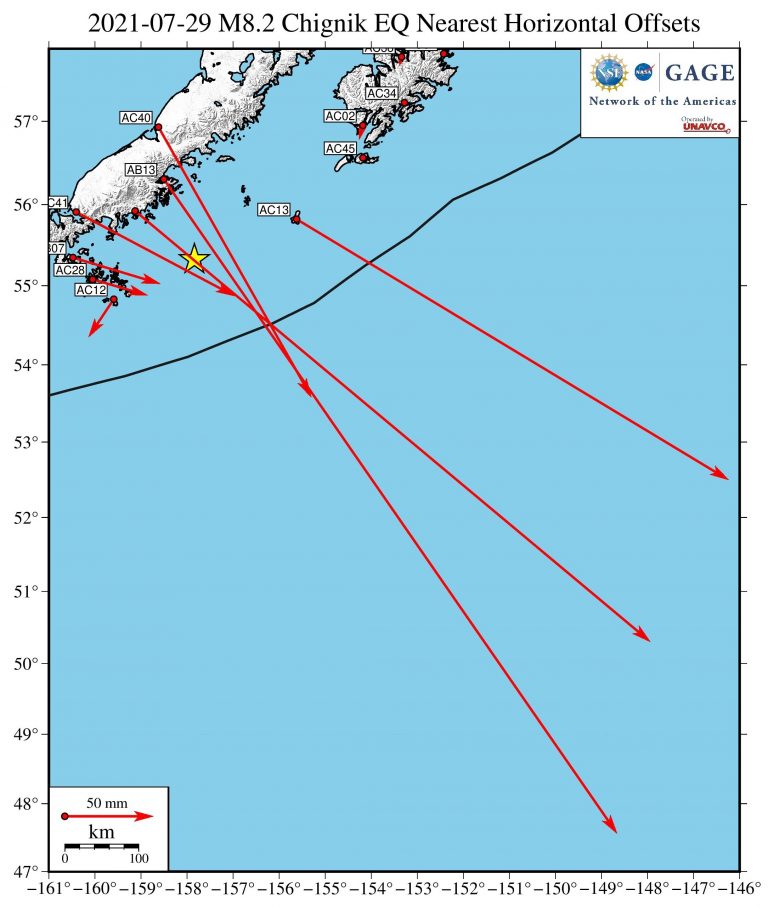 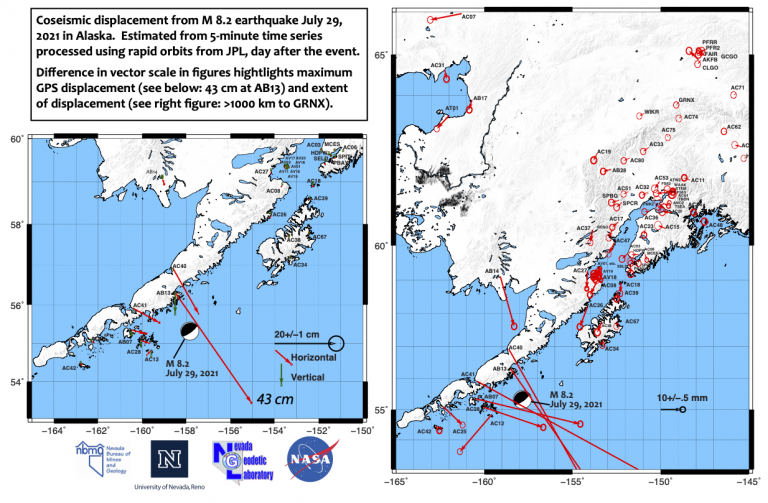 Please contact archive-gps@unavco.org for information on data availability. To request access to these and other RT-GPS stations operated by UNAVCO please send an email request to rtgps@unavco.org.

GNSS data access tools can be found here. The Event Data Access notebook can be used to locate stations nearest this event.

High-rate data from borehole strainmeters can be accessed here. 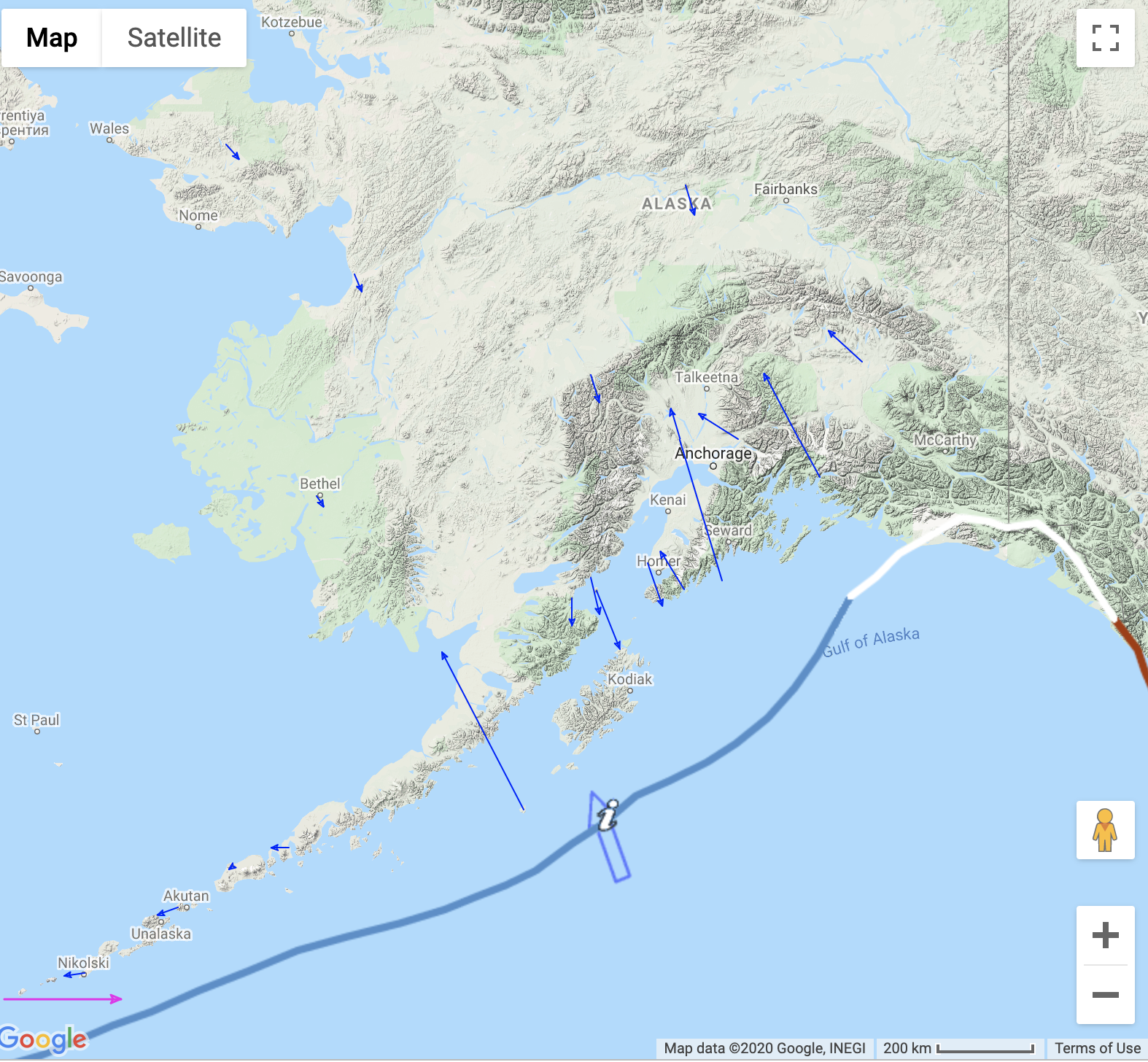 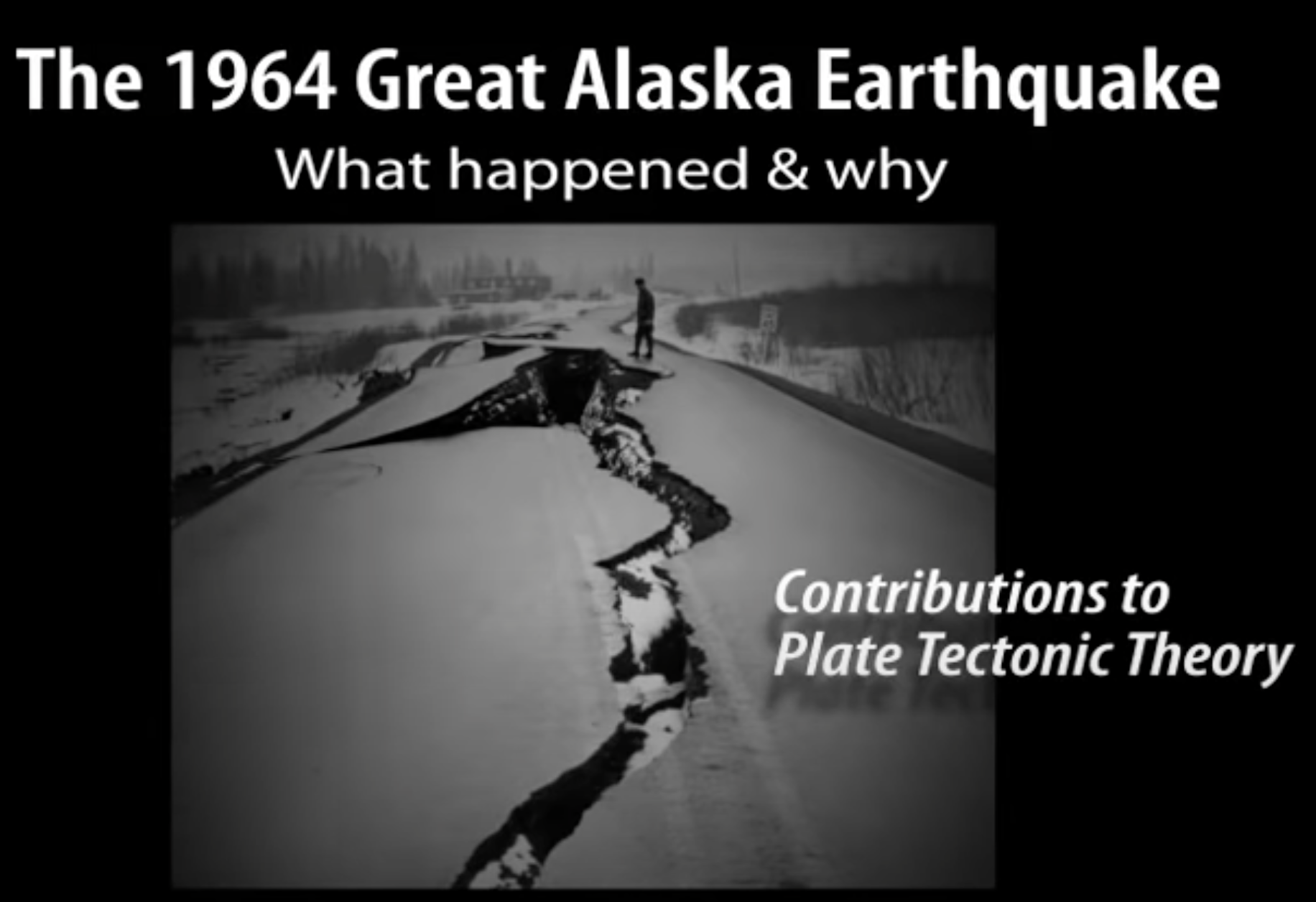 This animation shows the underlying causes of the 1964 Great Alaska Earthquake earthquake and how research on the ground deformation contributed to confirmation of early theories of plate tectonics. 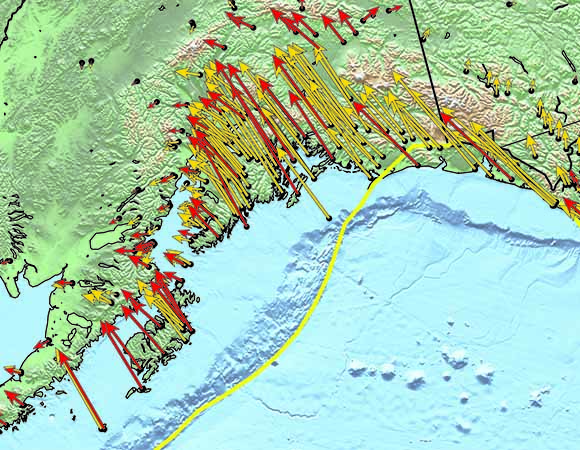 In this activity, students use maps displaying ground motion vectors to interpret and describe ground motions in Alaska, California, and the Pacific Northwest. 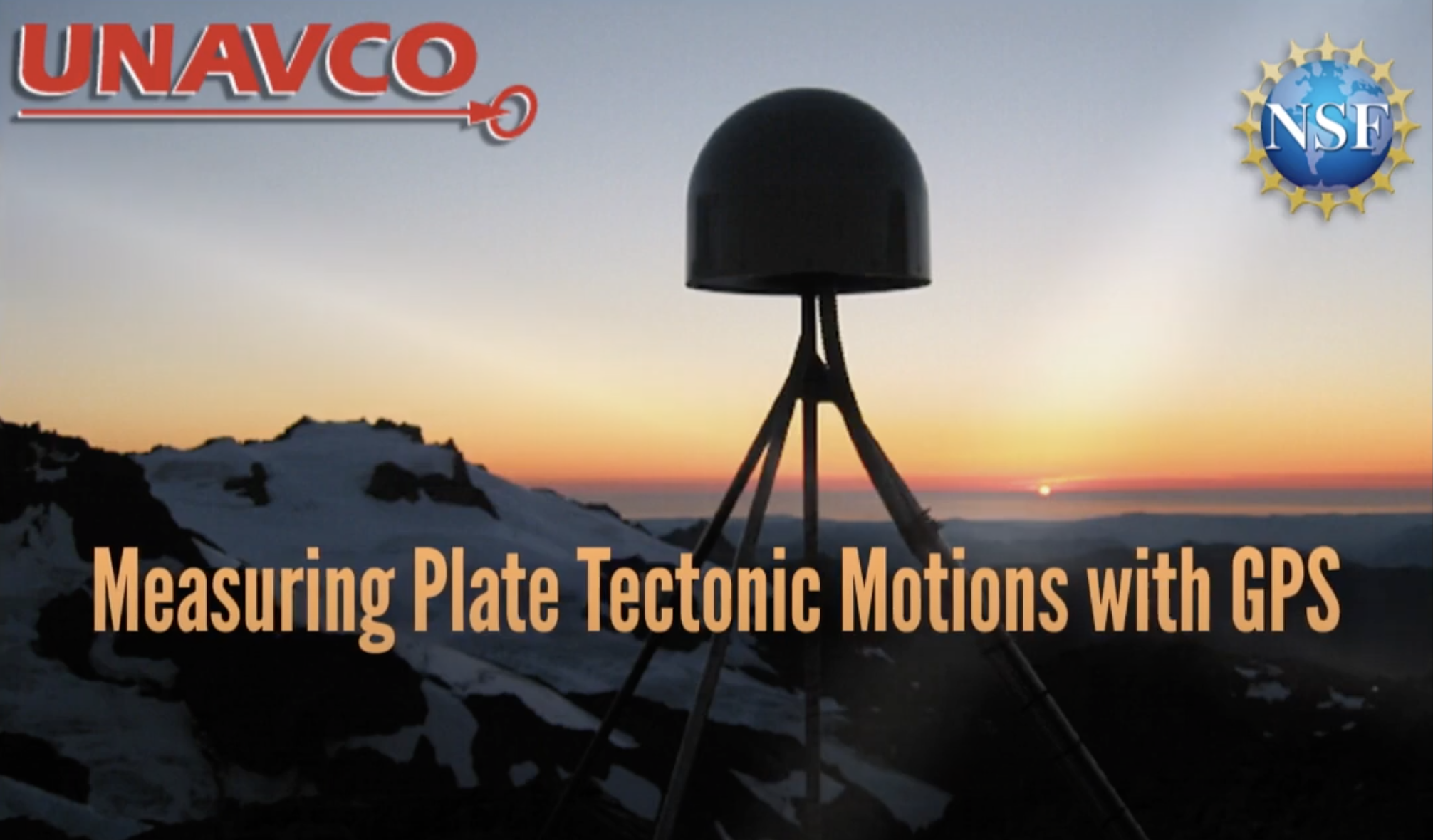 This animation shows how high-precision GPS networks help us understand plate tectonic motions and earthquake hazards around the world, with a focus on the Western United States 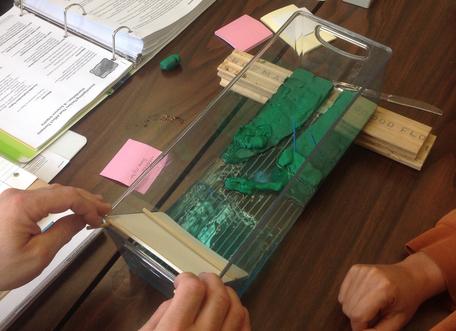 Learners modify elements of a tsunami wave tank to investigate the affect that near-coast bathymetry (submarine topography) and coastal landforms have on how far a tsunami can travel inland. Damaging tsunami are most commonly produced by subduction zone earthquakes, such as those that occur in Alaska. 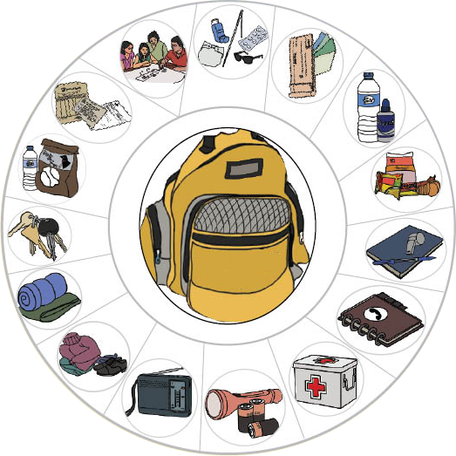 Be Smart, Be Prepared! Planning an Emergency Backpack

Participants learn what to do before, during, and after a potentially damaging earthquake. They brainstorm contents for an emergency supplies backpack and then present on their ideas.