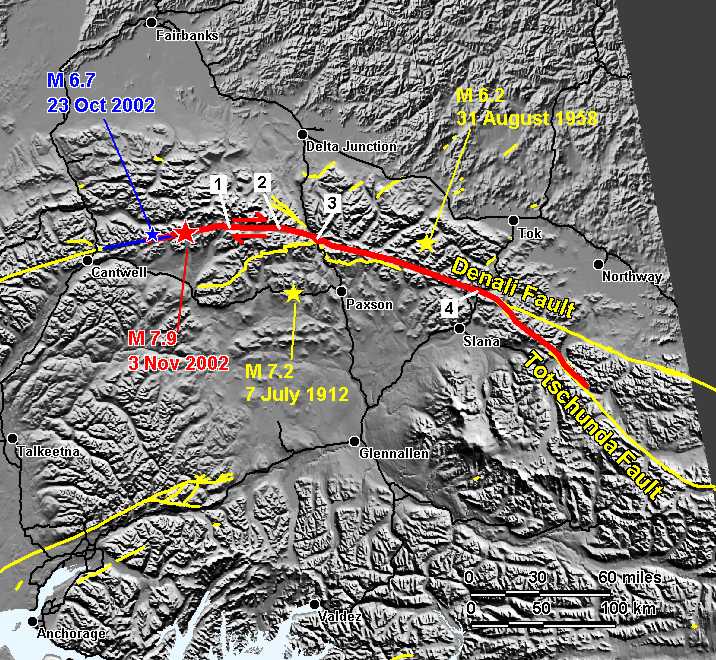 The magnitude 7.9 Denali fault earthquake of November 3, 2002 resulted from right-lateral offset along portions of the Denali and Totschunda fault systems in Alaska. Total length of the rupture was at least 300 km (190 miles). Shown here are the epicenters of the November 3 event (red) and the preceding magnitude 6.7 event of October 23, 2002 (blue), as well as two previously recorded large shallow earthquakes (yellow) in the vicinity of the fault. Because there were few seismometers in the region at the time, the locations of the earlier events are poorly constrained. UNAVCO has provided receivers and engineers to the Denali Earthquake Emergency Response to aid post-seismic deformation studies in the aftermath of this event. Shown in yellow are other faults that show evidence of activity during Quaternary time (past two million years). Numbers show the locations of some of the following photographs. Figure by Rod Combellick, Alaska Dept. Nat. Resources, Div. Geol. Geophys. Surveys. For additional information and links, see https://earthquake.usgs.gov/earthquakes/eventpage/usp000bg0m/executive.